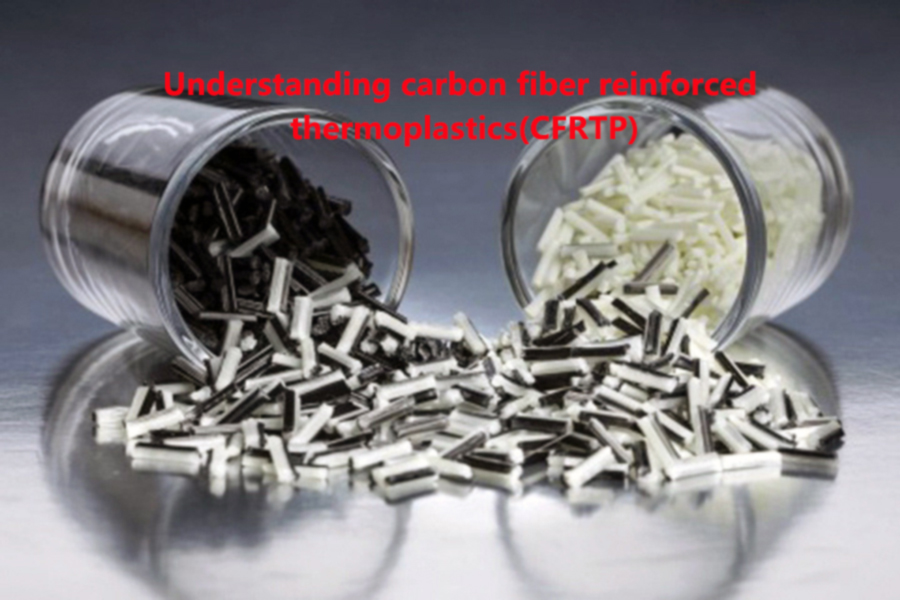 What are the types of carbon fiber reinforced thermoplastics?

Carbon fiber-reinforced thermoplastics are suitable for making high-end machinery parts with excellent machinability, vacuum molding, stamping moldability and bending processability, and can be re-molded once the material reaches a certain temperature again. For example, MDC Mould has been able to add a recycling process to the process to shred and recycle carbon fiber-reinforced thermoplastic trim after compression molding, based on specific needs. This method can greatly reduce the loss of raw materials, improve the efficiency of the use of carbon fiber reinforced thermoplastics, and reduce the overall cost. In addition, compared with thermoset carbon fiber composites, CFRTP can shorten the molding cycle time due to its special process characteristics, which can further reduce the production cost in terms of productivity.

The working temperature of traditional thermoset carbon fiber is generally 150°C. With the increase of application fields, higher demands are made on carbon fiber composites, and the working temperature of CFRTP is several times higher than that of thermoset carbon fiber composites. CFRTP materials are more creep resistant and have higher dimensional stability in extreme environments. Due to the difference of matrix material, CFRTP has better friction resistance.

Double film molding is also called resin film infiltration molding, and this method is suitable for the molding process of parts with complex shape. The cut prepreg is placed between two layers of deformable flexible resin film and metal film, and the periphery of the film is sealed by metal or other materials. During the molding process, the prepreg is heated to the molding temperature, and then a certain molding pressure is applied, and the parts are deformed according to the shape of the carbon fiber mold, and then cooled and shaped.

In the double film molding, the part and the film are generally encapsulated and vacuumed. Since the membrane is deformable, it is more inclusive of resin flow; on the other hand, since the deformed membrane under vacuum can apply uniform pressure to the part, it can effectively improve the molding quality of carbon fiber composites.

Pultrusion molding is a process method to continuously manufacture composite profiles with constant cross-section, which is to solidify the prepreg tape (yarn) in a set of pultrusion dies, and the prepreg is either prepreg while pultrusion or impregnated separately. Pultrusion molding can be used for the production of solid, hollow and various complex cross-sectional products, which can provide more room for designers to play due to its designability.

Compression molding is a way to lay the cut carbon fiber prepreg at a certain angle and number of layers, then put it into the mold, and put it into the hot press with the mold for heating and curing. The molding cycle is generally completed within a few tens of seconds to a few minutes. Compression molding method has low energy consumption, low cost and high productivity, and is more common in the molding process of carbon fiber reinforced thermoplastics.

Compression molding equipment and its mold structure are relatively simple and less expensive to manufacture, and MDC Mould has fully utilized its many years of experience in manufacturing compression molding molds for composite materials in the molding of CFRTP products. By using compression molding to make CFRTP parts, the loss of raw materials is smaller and does not cause excessive losses. When applied to mass production, the price can better meet the market demand compared to other carbon fiber molding processes.

In recent years, the application of high-performance thermoplastic resin composites in aerospace is developing rapidly, and many domestic and foreign aircraft manufacturing companies are using thermoplastic resin composites to manufacture aircraft components. MDC Mould is a high-end carbon fiber mold manufacturer, and has many years of experience in molding CFRTP composite products, if you need and want to know more about carbon fiber, please pay attention or call us.

Copyright © 2020 MDC Mould | China best Compression Mould manufacturer
MDC Ltd.’s Privacy and Cookie Policies have been updated. MDC will never sell your information. We use cookies to ensure you get the best experience on our website. View our PoliciesI Accept!