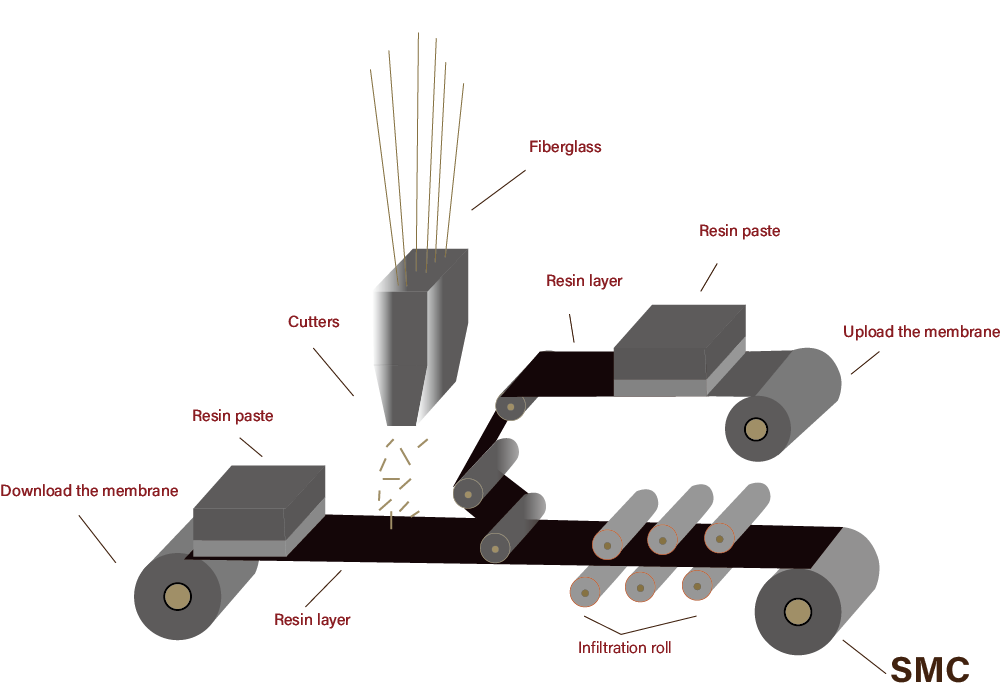 SMC first appeared in Europe in the early 1960s. Around 1965, the United States and Japan developed this process one after another. Since then, it has grown rapidly and is widely used in transportation vehicles, construction, and electronics/electrical industries. In the late 1980s, my country introduced foreign advanced SMC production lines and production processes. 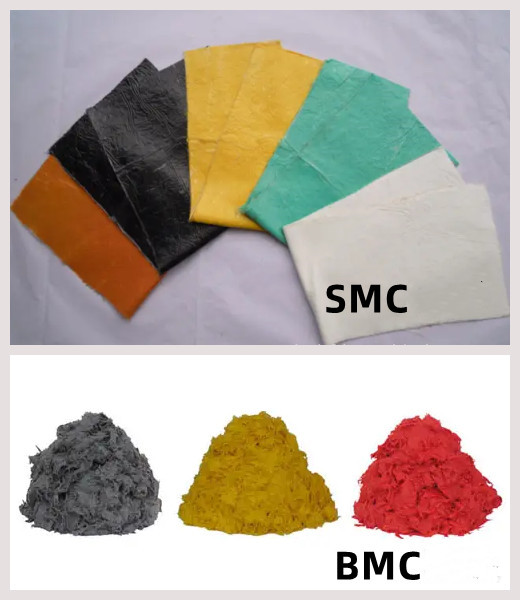 The GMT material is a glass fiber reinforced thermoplastic, which can be widely used in various parts of the car body. It can replace traditional metal parts, reduce weight and reduce costs. Unlike injection molds, SMC molds require heating instead of cooling. Common heating methods are steam, oil, electricity and high pressure water.

How to make SMC Mold?

Compression molding molds usually use hydraulic presses, and the upper and lower parts of the mold are fixed on the press. The mold includes a cavity core, which is the same as an injection mold. The tryout material is placed on the open mold and the press is closed. The set temperature and the pressure generated by the press melt the raw material into the cavity of the mold.

The temperature of the SMC mold is usually between 140 and 160. When designing the temperature system of the mold, special attention should be paid to keep the temperature of the entire surface of the mold consistent. The uniformity of temperature can reduce deformation, improve dimensional stability, and uniformity of product surface. As the intermediate link or final process of the smc mold manufacturing process, cracking, out-of-tolerance deformation and out-of-tolerance performance caused by heat treatment will cause the mold to be scrapped in most cases. Delivery time, increase the manufacturing cost of the mold.

After the SMC mold adopts the assembly-oriented design method, the mold assembly is no longer a simple assembly of parts one by one, and its data structure can not only describe the function of the mold, but also define the assembly features of the mutual relationship between the mold parts and realize the association of parts and components. , which can effectively ensure the quality of the mold.

Advantages of SMC mold compared with other materials

In comparison with various materials, SMC molds are not only superior to traditional metal materials such as steel and aluminum, but also compete with general thermoplastics and other reinforcing materials. 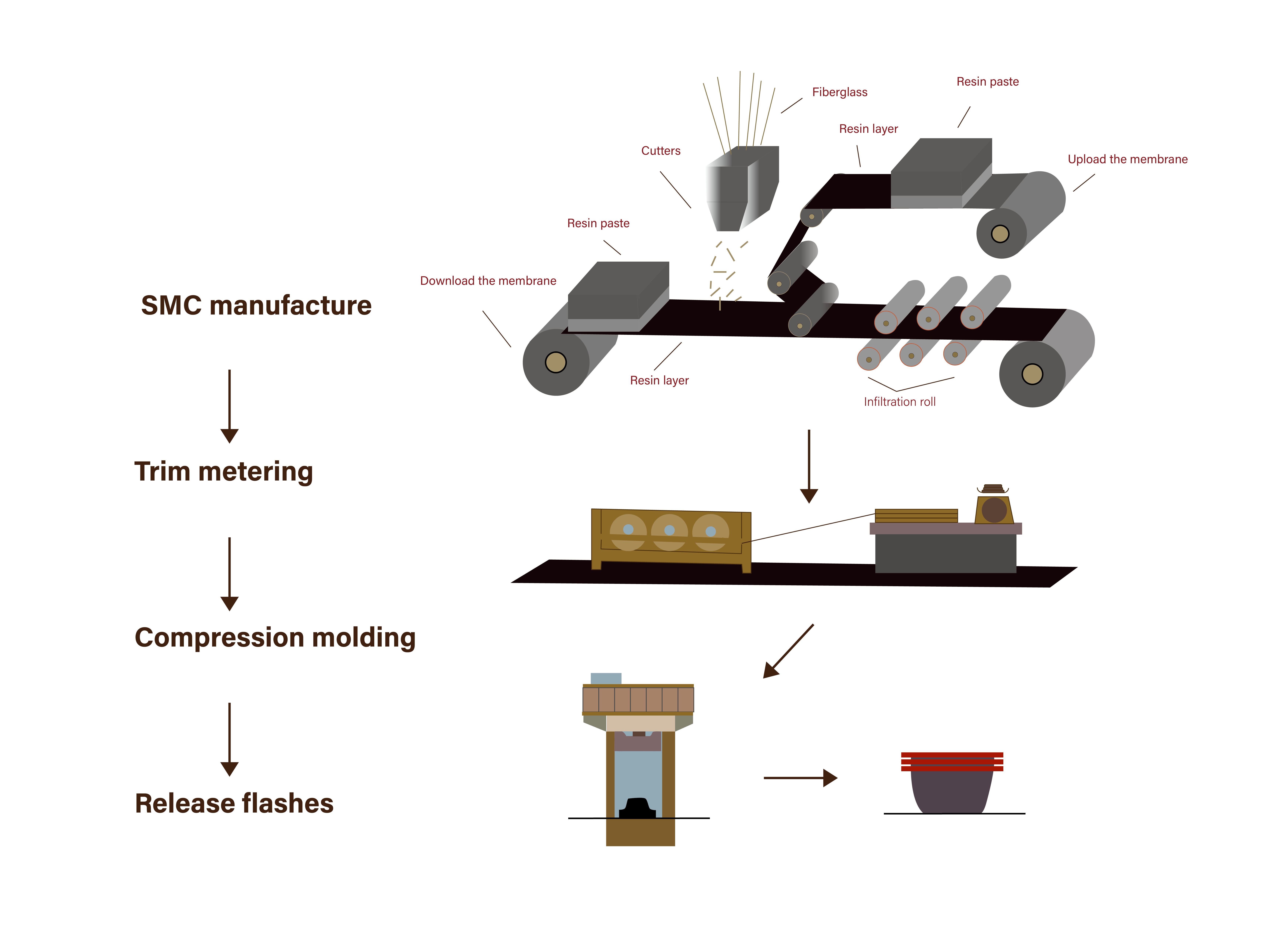 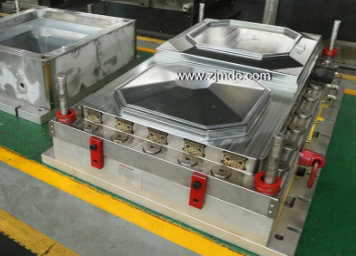 You can take a look at the picture above, which is about the SMC mold of the shower base, which we often see in our daily life. So why did the shower base choose to use SMC material? Let's analyze it. 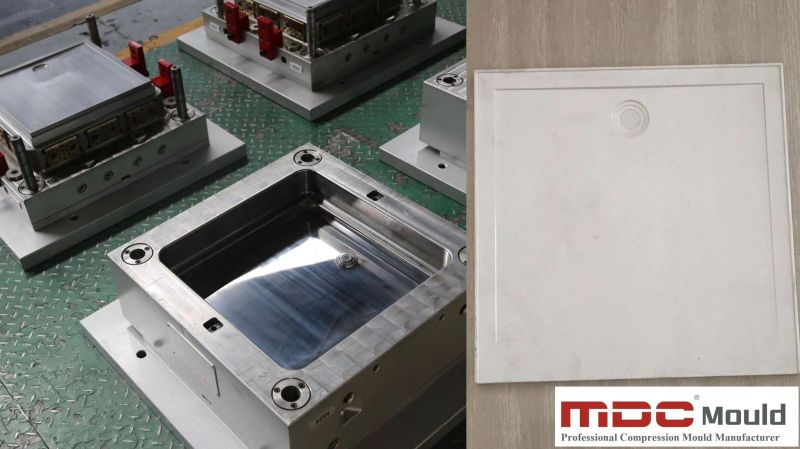 Using SMC material, the shower base is slip resistant after being etched into the cavity surface in the mold.

The rigidity of SMC showerbases allows it to withstand high temperatures, corrosion and impact.

MDC Mould As a professional smc mold manufacturer in China, MDC Mould can provide a complete solution from design to mould tryout.